You wouldn’t think that 3 days would make that much of a difference, but only having 28 days in February always makes the month go by so quickly!

I’m really happy about the 3 books I challenged myself to read in February as part of my goal to read to 3 books about Canada. I think it would have taken me a while to get to any of these books if I hadn’t publicly challenged myself to do so. To be honest, I even debating dropping the last one from the list and just reading 2, but I’m glad I pushed myself to read all 3 because I really liked them all! It’s only been 2 months, but actually taking the time to do some research and thoughtfully pick my challenges has been paying off with some quality literature.

Anyways, let’s jump right in with my February Summary: 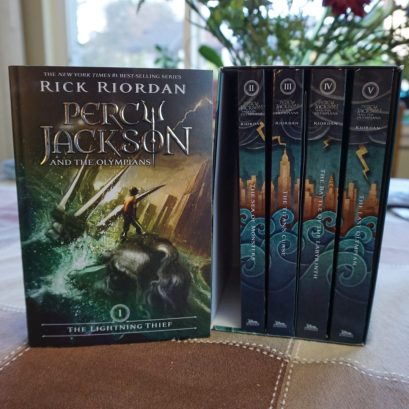 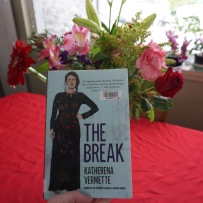 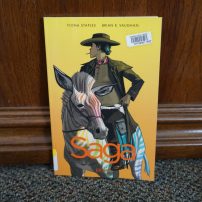 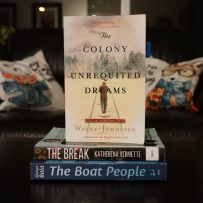 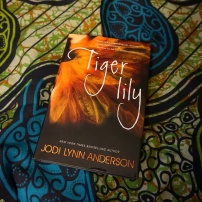 February started off with a stream of half-star reads. I don’t like giving half star ratings, but it’s a fine line between 3 stars and 4 stars and sometimes you just need to compromise. So I gave my first 3 reads of the month all 3.5 stars.

I started off with Tiger Lily, which is a re-telling of Peter Pan from Tinkerbell’s perspective, featuring Tiger Lily as the main protagonist. I thought this book was actually fantastically written, Jodi-Lynn Anderson’s writing is very beautiful and lyrical, but I struggled to get into the story, hence the 3.5 star rating. I already bought a copy of Anderson’s latest novel, Midnight at the Electric, and I’m excited to check out some more of her writing.

Next I read an advanced reader copy of Lisa Jewell’s latest book, Then She Was Gone, that I got from Netgalley. I’ve been dying to read some of Jewell’s stuff, so I was happy to give this one a try. I liked it in that it was formatted quick differently from any other mystery/thriller that I’ve read, but it was a little bit predictable in parts and I also found it extremely disturbing. However, like Tiger Lily, I’m intrigued to try some more of Jewell’s work next time I’m in the mood for another mystery!

The last of the 3.5 star reads was Eleanor Oliphant is Completely Fine by Gail Honeyman. I have to admit, I really didn’t want to read this one. It sounded a lot like The Rosie Project to me, which I didn’t like, but my book club picked it for our February read and I’ve been seeing a lot of good press about it, so what could I do? This was probably my least favourite of the 3. I found it kind of boring, but I do think it was a well written book (definitely better than The Rosie Project) and I appreciate what the author was trying to do with this novel.

As you can see, I was kind of putting off tackling any of my Canadian reads for my Monthly Challenge, so after I finished Eleanor I decided to tackle The Boat People and The Break. Both of these books were fantastic! I feel like it took me forever to get through The Boat People, but it was a fascinating read about immigration and morality and it really made me think. In contrast, The Break is a family drama about a Métis family and all the hurts and grievances they’ve weathered together over the years. It was a inter-generational read that was just so well written and had so much depth, I thoroughly enjoyed it.

Actually, in between those 2 books I snuck in a quick reading of the latest Saga volume, which came out at the end of December. I slowly worked my way through the first 7 volumes of Saga last year, and while I really liked them all, this one affected me more than the rest. I think Brian K. Vaughan actually went a little more heavy-handed than usual on the social commentary in this one. At first I thought it was a bit much, but I guess I was wrong because this volume just stands out more than any of the others for me and it was pure enjoyment from start to finish. Vaughan tackles abortion, miscarriage, and grief in this volume and it really packed a punch, especially at the very end when parts of the cast are finally re-united.

I was avoiding starting the final book in my February Challenge all month, mostly due to length, so I fit in a quick read of The Lightning Thief. This is the first book in the Percy Jackson and the Olympians series and I’ve been wanting to read this for ages because everyone seems obsessed with everything Rick Riordan writes! This was another book that was just a lot of fun. The writing was hilarious and there was so much action packed into this middle grade book! Percy was witty and I loved his sidekicks, Annabeth and Grover. I would like to read more of these, but I suspect it may take my a while to get to them, but they’re definitely good if you’re looking for a laugh.

The final book in my Monthly Challenge was The Colony of Unrequited Dreams by Wayne Johnston. I admit, I did not want to read this one, but like I said, I’m glad I pushed myself to finish it. I had a lot to say about this one that I don’t want to get into again, so I’ll just say that it’s historical fiction about Newfoundland’s first premier, Joey Smallwood, who helped usher Newfoundland into confederation with Canada. Check out my full length review for more details. This book was meaningful to me as a Newfoundlander and I’m really proud that I finally read it. I gave it 4 stars.

And the last read I squeezed into February was The Power. I’ve been wanting to read this one since it came out at the end of last year since it’s been called the new ‘Handmaid’s Tale’ (along with Red Clocks). It’s dystopian science fiction where women develop the ability to produce electricity and use it through their hands. The book has such a great premise, but I was really disappointed with the author’s follow-through on the premise; I thought the book lacked focus and was poorly executed. It still make me think a lot though, so I gave it another 3.5 stars.

One thought on “February Summary”