I am feeling so re-energized after my August Monthly Challenge! I kind of flaked out a little bit on a real challenge in August and just challenged myself to read as many of my existing books as possible, but this was so successful in getting me out of my book slump and making a dent on my TBR!

I feel like my September Challenge is a bit half-assed too, but necessary. This month I am challenging myself to:

Re-read the Throne of Glass series

Yes, I have already read all the books in this series, but I’ve been dying for a re-read and I’ve been forcing myself to wait until just before the final book in the series, Kingdom of Ash, is released. I’ve been waiting for this book for what feels like FOREVER and I’m really excited to jump back into the Throne of Glass series and see what I think of it the second time around. I re-read The Assassin’s Blade in August so that I could start right with Throne of Glass in September. The Assassin’s Blade is the prequel to the books and I actually never read it until after I’d finished Empire of Storms, and I think the series is going to make so much more sense now that I’ve actually read this book. I would definitely recommend reading this one first if you’re just starting the series.

For those of you who are living under a rock and haven’t heard of Throne of Glass, it’s an 8 book series by Sarah J Maas, with the 8th and final book coming out on October 23rd. It’s set on the continent of Erilea, which has pretty much been conquered and taken over by the King of Adarlan. Celaena is from Terrasen, which was pillaged by Adarlan when she was 8 and magic suddenly disappeared from the land. She was found by Arobynn Hamel, the king of Assassin’s and trained to be the greatest assassin in all of Adarlan. The series follows Celaena and a huge cast of characters and as far as epic fantasies go, I do really love this one.

I am going to be on vacation for the second half of September, so I’m aiming to get through Throne of Glass, Crown of Midnight, and Heir of Fire in the next two weeks. Then I’ll continue with Queen of Shadows and Empire of Storms in October. I haven’t decided yet if I’m going to re-read Tower of Dawn or not. I don’t really want to because I didn’t really like it and it is SO LONG. But honestly, I probably will because I want to be totally up to speed when I start Kingdom of Ash and I can’t really remember the important plot points at the end of Tower of Dawn… I just remember they were important to the greater story.

Okay, I have to admit, I’ve been struggling with my monthly challenges lately. It’s so busy in the summer and it’s hard reading my 3 challenge books on top of my book club selection and any ARC’s I’ve received. Even though I still managed to read 10 books in July (I really don’t know how), I’ve been feeling like I’ve been in a bit of a reading slump and that I’ve been having to force myself to read. Even though I’ve liked lots of the books I’ve read, I miss the days of just grabbing whatever strikes my fancy in the moment, instead of feeling like I have to read a certain book because of either book club, or the challenge, or I received a free book.

So I’m going to try something new in August. I buy a lot of cheap books on bookoutlet.ca and at local and second hand bookstores that I just haven’t been able to get to, so instead of picking 3 books, I’m just going to be working on tackling as many of my existing books as possible. I will still be reading Circe as my book club selection for August, but otherwise, I’m going to be trying to infuse some excitement back into my reading by picking up whatever strikes my fancy! I’ve already jumped straight into a few books that I’ve been dying to read and I’m already getting excited about this challenge, whereas last month my challenge felt like a bit more of a chore.

What books have been sitting on your bookshelf forever that you’ve been dying to read?

I can’t believe January is over already! Seriously, where did the time go?!

It was a bit of a mixed bag for books this month. I got off to a bit of a rough start to the year with several book duds, but things definitely picked up later in the month and I loved all three of the books that I read for my January reading challenge. Here’s my summary: 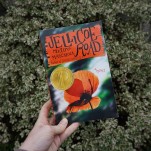 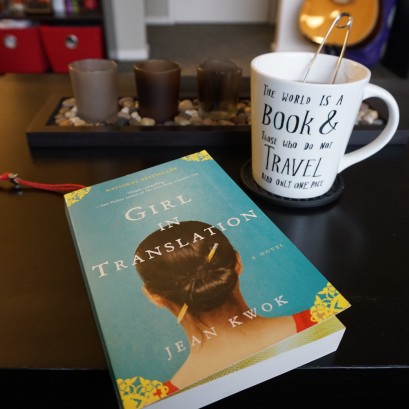 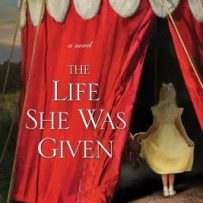 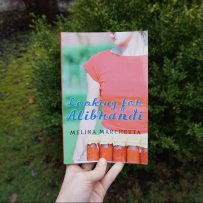 I started off the month with Thunderhead, the sequel to Neal Shusterman’s new series Scythe. I did like this one, but overall I don’t think Shusterman is quite my cup of tea and I found it a bit boring. He explores a lot of really interesting concepts in Scythe and in comparison, Thunderhead seemed a bit lacking.

Things only got worse though because I followed up Thunderhead with The Life She Was Given and The Star-Touched Queen, both of which I did not like at all. The Life She was Given was my book club read of the month and it ended up being our lowest rated book to date, and we’ve read over 50 books! I found the book totally lacking in depth, development, and meaning. Likewise, I thought the writing in the Star-Touched Queen was so over-the-top flowery that it completely took away from the story. I can see why some people might be into this type of writing, but it really did nothing for me and I didn’t find the story meaningful.

Things picked up after that with the first book in my January Challenge to read 3 books about immigration – Girl in Translation. This is a fantastic book about a Chinese mother and daughter who immigrate to America and the terrible conditions they put up with just to survive. It was so well written; I loved the main character Kim and her aspirations to get the very best education so that her and her mother could rise above their circumstances. it was a very moving story.

Next I read Looking for Alibrandi, which is one of the few Melina Marchetta books I hadn’t already read. It was a solid 3-star read and I thought the main character Josie had a lot of spunk, but I didn’t think it was anything that special. However, it inspired me to give On the Jellicoe Road a re-read, which is one of my favourite books of all time and still moves me to tears, even after several re-reads over the last few years. These are both relatively older YA contemporary books, but I honestly think On the Jellicoe Road is timeless and that everyone should read it!

My second January Challenge read was Pachinko, which is a slow-moving historical epic that spans 80 years of history about a Korean family that immigrates to Japan during its colonial rule over Korea and struggle to build a life for themselves and escape the stigma of being Korean. It examines the challenges of being emancipated from your homeland and finding where you fit in in a new culture. Also a wonderful read, although quite long.

I needed something light and fast-paced before I tackled my last Challenge book, so I read The Cruel Prince which has been getting an insane amount of good reviews. I liked it, but was definitely disappointed with it because I think it’s gotten a little over-hyped and the book wasn’t able to deliver on my expectations. That said, I still gave it 3 stars and I will definitely be continuing on with this series. I’m hopeful about the next book!

My last book on immigration was American Street, which was refreshing in that it was totally unlike the first two books I read. American Street focuses on 16-year old Fabiola, whose mother is detained when they try to enter America from Haiti. She is forced to go on to Detroit without her mother and struggles to navigate her new life with her 3 larger than life cousins and her sick aunt. This was my least favourite of the 3, but I still really enjoyed it and gave it 4 stars.

I thought American Street would be the last book of the month, but I managed to fit in one more with Ruined. Based on other reviews I figured I would either love or hate Ruined and I’m pleased to say I LOVED IT! It’s a fast-paced YA fantasy novel that has a lot of action and a fair bit of romance. Sometimes I dislike too much romance in my fantasy novels, but I loved it in this one. Can’t wait to get my hands on a copy of the sequel!