I read 29 books throughout the months of June, July, and August. It’s so hard to narrow it down to my favourites, but here’s a few of the books I loved this summer:

The Great Alone by Kristin Hannah

I am obsessed with this book. It may end up being my top read of 2018. It’s set in Alaska in the 1970’s and focuses on 13 year old Leni and her parents. Her dad was a POW in Vietnam and still struggles with PTSD, taking out his frustrations on Leni’s mother. The setting was the highlight of this book for me, followed closely by the writing. As someone who loves the mountains and the outdoors, I was totally sucked in my Kristin Hannah’s depictions of Alaska and the unforgiving nature of the great white north.

Nevermoor: The Trials of Morrigan Crow by Jessica Townsend

This is the follow up series to Harry Potter that I’ve been waiting for. A middle grade fantasy series about young Morrigan Crow, a “cursed” child who has been rejected by her family. To avoid her fate, she signs a contract with the mysterious Jupiter North and is whisked away to Nevermoor, where she competes in the trials to become a member of the prestigious Wunder Society. This is a clever and beautiful book about belonging and I can’t wait to see where Townsend takes this series.

One of my more recent reads, Women Talking is a sobering book about the injustices women face and the struggle of when to walk away and say enough is enough. This is a fictional recounting of true events that took place in a mennonite community in Bolivia. The women in this book are undervalued, despite the great contributions they make in running their community. Even though they’ve been violated by the men in their community, it’s still hard for them to walk away. They understand the community will fall apart in their absence, but they also understand that walking away will be more effective than trying to stay and fight and that only in their absence might things change.

Not That Bad by Various Authors, edited by Roxane Gay

This is a book of essays edited by Roxane Gay about rape culture and how women have been conditioned to stay silent, believing their experiences are not that bad. It features a wonderfully diverse series of authors and re-iterates that no matter what has happened to you in the past and how worse you think someone else’s experience was, your experiences are valid and they matter.

An American Marriage by Tayari Jones 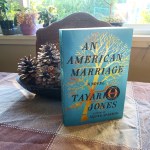 This was an interesting novel about the American justice system and how it disproportionately targets and prosecutes black people. It had some great social commentary on what it means to be black in America, but I really liked the relationship dynamics between the 3 central characters and how it incorporated family into the story. Roy and Celestial had only been married for a year when Roy is incarcerated. Believing that Roy will be in prison for 20 years, she moves on to another relationship with her childhood friend, Andre. But when Roy is released early, Celestial must make a difficult choice about her relationships.

This is the new YA book that everyone is talking about and it was extremely compelling. Sadie’s younger sister is murdered and in her anguish, Sadie disappears without a trace as she heads off in search of her sister’s murderer. What’s so interesting about this book is that it’s partly told in the format of a podcast about missing girls. It reminded me of Serial and features a journalist interviewing Sadie’s friends and family, trying to learn more about her disappearance and her sister’s murder. It’s a fast paced, but introspective read and I totally flew through it.