I was on vacation for 2 weeks in September, so I’m pretty satisfied with what I read this month. My monthly challenge was to start re-reading the Throne of Glass series in anticipation of the series finale coming out at the end of October. My monthly summary is: 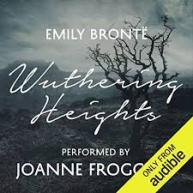 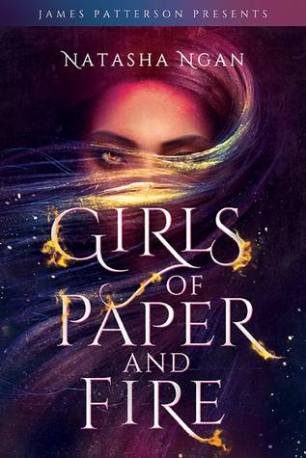 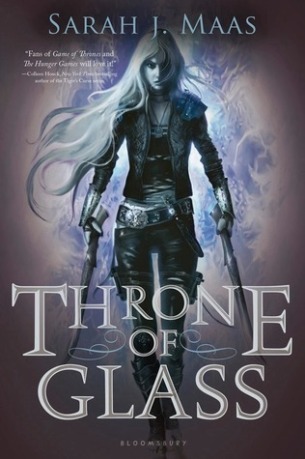 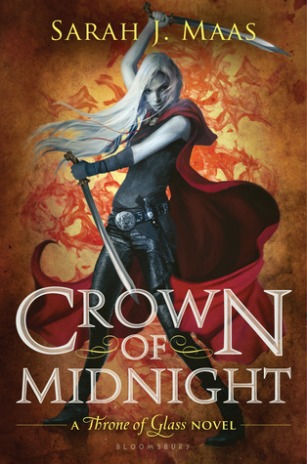 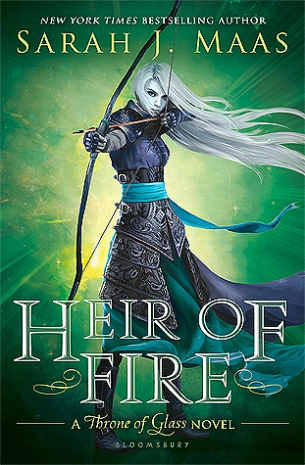 Like I said, I started off the month with the first 3 books in the Throne of Glass series: Throne of Glass, Crown of Midnight, and Heir of Fire. I’ve been dying to re-read this series for a while now, but I made myself wait until closer to the release of the last book so that it would all be fresh in my mind. Throne of Glass was one of my first major fantasy series, so I was curious if I’d like it as much the second time around, and I absolutely did! I’d forgotten just how epic Crown of Midnight was and I even upped my rating of Heir of Fire from 3 stars to 4 stars the second time around. I enjoyed it a lot more this time.

I read two audiobooks this month as well. I bought a copy of Wuthering Heights on Audible on impulse when they had it on sale for $5. I listened to Emma earlier this year and was keen to try out another classic. What I was not expecting was how much I absolutely adored Wuthering Heights! I know it’s a polarizing book and I know a lot of people who hate it. I kind of anticipated I wouldn’t like it as I don’t love a lot of classics, but I was so very wrong. I won’t go into detail what I loved about it though as I wrote a very detailed review about my thoughts.

The second audiobook was Neverworld Wake, a young adult/sci-fi/mystery thriller novel about a group of teenagers forced to live the same day over and over again. It had an interesting enough plot, but I didn’t love it because I thought it could have been better executed.

I also read two ARC’s this month, although I was a bit late reading the first one as it’s already been published. I read The Lost Queen, which is the first book in a new historical trilogy about 6th century Scotland, and Girls of Paper and Fire, a new YA fantasy book that I’d been hearing lots of good things about. The Lost Queen fell into the trap I’ve been having with a lot of my books lately in that I liked it at the end (appreciated the story), but found it kind of boring to read. In contrast, Girls of Paper and Fire was wonderful and kept me on the edge of my seat with the most wonderful queer relationship at the center of the story.

Finally, I read a short graphic novel/web series that’s set in Vancouver called Always Raining Here. This one was a quick read to boost my numbers, but I keep seeing it at my local bookstore and was intrigued about it. It’s about two gay high school students and the pressures of succeeding in high school and the struggles of being a gay teenager. I had mixed feelings because I liked parts of the story, but found other parts extremely problematic.

Anyways, I read some pretty large books this month, several were over 500 pages, so I’m quite happy with what I read and thrilled to be heading into October and November, which are easily my favourite reading months!

Thanks to Touchstone for providing me with a free electronic copy of this book in exchange for an honest review.

My blog has been pretty silent over the past week. I’ve been on vacation, so you’ll have to forgive me for my continued absence next week. As a result I haven’t been doing that much reading, but I did finish The Lost Queen, which I received back in August from Touchstone and have finally found time to read.

The Lost Queen is the first book in a trilogy set in 6th century Scotland. It’s recommended for fans of Outlander (which I love) and Philippa Gregory books (which I’ve been meaning to try). It features Langoreth, one of Scotland’s former queens, who has mostly been lost to history. Langoreth was the twin sister of the man who inspired the well known character, Merlin, and had a huge impact on Scotland herself. Signe Pike delves into the histories of both Langoreth and her brother, Lailoken, starting with their childhood and formative coming of age years.

I have mixed feelings about the book. The authors note at the end was fascinating – I love historical novels that explore the history of lesser known figures, especially women because women’s history is rarely recorded and often lost. But I struggled to stay engaged in the book. I’ve had this problem with several books this year (Naomi Novik’s, Uprooted, and Madeline Miller’s, Circe, come to mind), reflecting on the book, I generally enjoyed it and learned a lot, but it wasn’t that enjoyable a reading experience.

I did find this book a bit better than previous books in that I got pretty into it in the last 30 percent and I am interested to see what happens to these characters. We’re told in the book summary that both Langoreth and Lailoken led remarkable lives, but we don’t discover in this book what made their lives so remarkable. This might be why the book read a little slower and may have lended itself better to a single volume instead of a trilogy. It was pretty slow moving and served mainly to introduce us to the characters and the setting. I think it has the potential to get much better in subsequent books.

However, the setting was pretty great. I can say for sure that I’ve never read a book set in 6th century Scotland. I’m not sure I’ve even ever read a book set in the 6th century. I haven’t read a lot of old, old history, so I found this fascinating in that the history is so ancient that England and Scotland don’t remotely resemble the countries they are today. This was a time when Christianity was starting to spread. Scotland had always practiced the “old ways”, but in an effort to gain support from powerful Rome, Christianity comes to the country, creating tension between this new religion and the old ways. It’s incredibly frustrating to read about the injustices committed in this book in the name of Christianity, but still relatable to today.

I also appreciated the familial relationships. So often in this time period, women were seen as little more than property. But I liked how both her father and brother respected and treated Langoreth. Everyone was forced to acknowledge that despite their wishes that things could be different, Langoreth would need to wed to form political alliances for their kingdom. Both the King and Lailoken see value and strengths in Langoreth outside of being a wife, but they also acknowledge that in their time and age, marrying is one of her greatest strengths as well.

Like I said, I struggled with the book in the first half, but ultimately I am interested to see what happens to Langoreth in the next 2 books and to discover what makes her such a remarkable woman. I think this book could have been shorter and I’m hoping for more action in the next book, but I really liked learning about the spread of Christianity and the tension it created in it’s condemnation of the old ways.